Cooperative Extension: A Century of Innovation 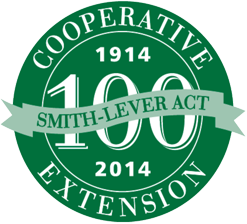 As Cooperative Extension celebrates its 100th anniversary in 2014, the Land-Grant System will be reflecting on the first century of accomplishments and preparing for a second century of education. This commentary is the first in a series of six throughout the year that will analyze the rich history of Cooperative Extension, examine its role in contemporary society, and help us collaboratively envision the future of this unique American educational endeavor.

May 8, 2014 will mark the 100th anniversary of the signing of the Smith-Lever Act, which founded Cooperative Extension as we know it today. The act was introduced by Senator Hoke Smith of Georgia and Representative A. F. Lever of South Carolina to expand the vocational, agricultural, and home demonstration programs in rural America. The creation of a formal outreach arm for a university that was supported by federal, state, and local funding was a unique and innovative idea growing from the land-grant universities, which had been founded to provide practical higher education opportunities to the common man (Rasmussen, 1989).

The movement that led to the passage of the Smith-Lever Act can be traced back to the late 19th century and the work of such inspirational leaders as Seaman A. Knapp and George Washington Carver. Knapp, of course, became famous for his work with introducing rice as an alternative crop in the South and also for helping southern farmers adapt to using a faster growing cotton crop to protect themselves from Boll Weevils (Rasmussen). Knapp is pictured below in Figure 1 at one of his famous on-farm demonstrations. Carver was instrumental in teaching southern farmers, particularly African American farmers, about the advantages of alternative crops such as peanuts and sweet potatoes through utilizing his "Jesup Wagon" to teach on farms (McMurry, 1981). Their work also influenced great early 20th century educators such as A. B Graham, the country school master who became a pioneer in non-formal youth education through forming the first 4-H clubs (McCormick & McCormick, 1934) and Jane McKimmon, who altered the concept of youth education through non-formal clubs to include topics of interests to girls such as canning and sewing (McKimmon, 1945).

Figure 1.
Seaman A. Knapp Standing on the Steps with Rice Farmers in Texas in the Early 1910s (McNeese State University Archives and Special Collections)

These visionary leaders realized that the great amount of learning that was going on in the land-grant colleges needed to find a broader audience if it was truly going to influence the rural society of the day. They worked hard to expose farmers to the new technologies and techniques coming forth from agriculture schools by doing on-farm demonstrations, field trips, and home visits to show the practical applications of this knowledge. Knapp, in particular, used a mixture of federal and private funds in order to hire "field agents" and start up on-farm demonstration (Rasmussen, 1989). This model of pairing multiple funding sources would become a foundation of the Cooperative Extension system as it evolved after Smith-Lever. The effect on agriculture production in this country was rapid and firmly established a trend that would eventually position the United States as one of the top agricultural economies in the world. Sherman A. Johnson noted in 1949 (as quoted in Rasmussen 1989, pp. 119-120) that

the adoption of combinations of improved farm practices could bring about major changes in farm productivity…the improvement of every part of the farm operation resulted in a vastly greater increase in productivity than might be expected if the increases resulting from each individual improvement were added up.

From these early agrarian roots, the Extension movement quickly spread to other areas, including work with youth and home demonstrations of canning and other food preservation measures. According to Peters (2002), the first several decades after Smith Lever, the primary emphasis of Extension programs included:

This expansion of knowledge and meeting needs would set the tone for Cooperative Extension's first century. Up through the Victory Garden movement of World War II, through the expansion of funding to protect our coast lines and Great Lakes in the Sea Grant Act (1966), including increased nutrition education through the Expanded Food Nutrition Education Program (EFNEP) and responses to rapid urbanization in the 70s and 80s, Cooperative Extension has excelled at its core mission of bringing the research-based knowledge of the land-grant universities to the people of our country.

While the centennial provides an opportunity for us as a system to pause and review the tremendous accomplishments that Cooperative Extension can claim in the past 100 years, it also provides an occasion to consider our place in contemporary society and let us lay the groundwork for another century of accomplishments. What is Cooperative Extension's current role in our society? How will it find relevance in our increasing technology focused society?

In the last decade, Cooperative Extension has rapidly diversified its portfolio in many ways to respond to the needs of people in our rapidly changing society, including adapting to online learning environments and "the cloud." With an increased emphasis on issues pertinent to urban clientele, Cooperative Extension has maintained its support of traditional programming while assisting many more people in different environments than previously considered possible. A major emphasis has been given to the expansion of organically managed crops, and there has been an increased focus on local and regional food systems to provide fresh, high quality produce.

A Year of Commentaries Celebrating Our Centennial

During the next 12 months, each issue of the Journal of Extension will have a guest commentary focusing on the rich history, current impact, and future opportunities presented to Cooperative Extension at the local, state, and national level. The field will be addressed by program areas with experts in the field doing an analysis of where we have been and where we are going.

The topics and authors for the upcoming issues are:

Ag & Natural Resources—Beverly Sparks, from the University of Georgia,

The Next 100 Years and Beyond—Jimmy Henning, from the University of Kentucky and 2014 ECOP Chair, and Sonny Ramaswamy, Director of the National Institute of Food and Agriculture at USDA.

Each of these articles will provide a critical analysis of the factors that affect the work Cooperative Extension is engaged in today. Also, to complement this work, a social media campaign has begun that will allow for Internet-based sharing of images, ideas, and events. Identities have already been created on Facebook, Twitter, and Pinterest. Please follow us and share your thoughts, images, and ideas on Cooperative Extension's history and future. Specifically, you can also anticipate "100 Days of Tweets" beginning on January 29 and leading up to the celebration on May 8, 2014. Please follow us at Extension100Years across all of these platforms. Also visit the web site at Extension100Years.net.

In our rapidly changing environment, Cooperative Extension has to maintain contemporary relevance and documented impact across the broad spectrum of our programming efforts. Is this possible given current programmatic structures? What will need to change in order for Cooperative Extension to keep top-of-mind awareness (and necessary funding) in our society? What challenges will Cooperative Extension face at the local, state, and national levels? All of these topics will be explored during the Centennial year as we examine the next century of Cooperative Extension's positive effects on people, places, businesses, communities, and farms by extending knowledge and changing lives.

Peters, S. (2002). Rousing the people on the land: The roots of the educational organizing tradition in Extension work" Journal of Extension [On-line], 40 (3) Article 3FEA1. Available at: http://www.joe.org/joe/2002june/a1.php

The Discussion Forum for this Commentary can be found at:
https://joe.org/joe/2014february/comm1.php#discussion